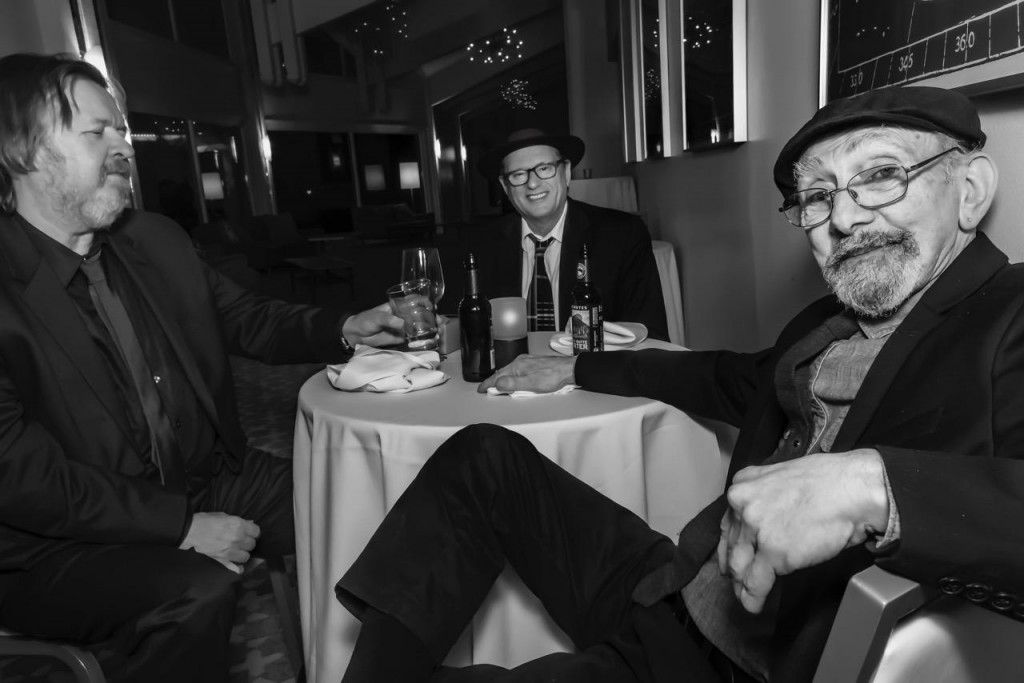 Voted Favorite Jazz Group in the Ashland 2017 Sneak Preview Readers Poll, The Ed Dunsavage Trio features Joe Cohoon on upright bass and Gary “Chicken” Hirsh on the drums. The trio has be playing music together for over 25 years. They will present an evening of straight ahead jazz guitar trio music at Pops on Saturday, April 21, performing music from their latest recording “Homage” which is a tribute to many of the jazz guitar greats including, Wes Montgomery, Pat Martino, Jim Hall, Pat Metheny, Barney Kessel, Charlie Byrd andothers.

Originally from the east coast, guitarist Ed Dunsavage has been performing regularly around the Pacific Northwest for 25 years. He has performed at many venues and festivals in the area including the Upper Sacramento River Jazz Festival, The Umpqua Jazz & Wine Festival, The Medford Jazz Jubille, The Newport Oregon Jazz Festival, The Britt Festival, The Craterian Theatre, The Jazz Project in Bellingham Washington, the Blue Note jazz club and The Oregon Shakespeare Festival. Ed has shared the stage with many wonderful artists including Bernadette Peters, Greta Matassa, Craig Chaquico, & Mimi Fox & Howard Alden, Dmitri Matheny and Ken Peplowski among others. Ed also is the guitar instructor at Southern Oregon University and works as artistic and education director for the Siskiyou Music Project, a non-profit, arts and education organization based in Ashland, Oregon.

Gary Chicken Hirsh on drums. Gary is a long-time resident of Ashland but is better known to many people as the original drummer for the 60’s San Francisco rock group, Country Joe and the Fish. During the 60’s he performed at all the major rock concerts in the U.S.A and through-out Europe. He has worked with everyone from Janis Joplin and Jerry Garcia, to Pharoh Sanders and Frank Zappa. He came out of retirement twenty five years ago to perform the music that he loves, jazz!