Mumblefinger will be playing at Pops on Saturday,  September 18 at 6:30 pm. Entrance will be $10 at the door. Listen to Mumblefinger here.

Singer/songwriter, Story Teller, Humorist MUMBLEFINGER (aka Brian Birkes), is the vocal & guitar guy.  He began playing guitar and writing songs at the age of 12.  As an adult, he kicked around New York, San Diego, San Francisco, & Nashville perfecting his unique tone and talent. He has shared the bill with such greats as John Lee Hooker, Leon Russell, Average White Band & Northern Buffalo (of theDoobie Brothers and Steve Miller Band).
Mumblefinger has released many CDs independently & his songs have been showcased on the nationally syndicated House OF Blues Radio, NPR & other radio stations in the U.S., Germany, & Brazil. He has also had his song/video, Exactly Like You, played on CMT (Country Music Television). Mumblefinger’s original songs vary from Funk to Jazz to Blues/Soul to Country to Reggae all with a Rock-n-Roll Flavor.  Style is similar to, but not a clone of, Leon Russell, Joe Cocker, Dr. John, Robin Trower, The Subdudes, and JJ Cale. 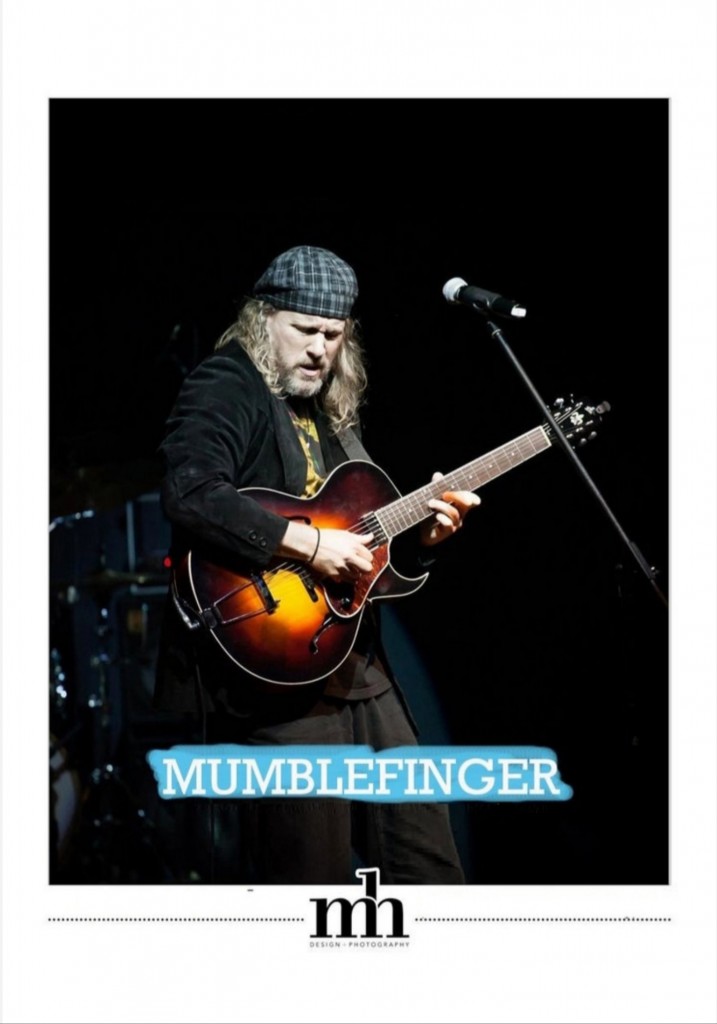