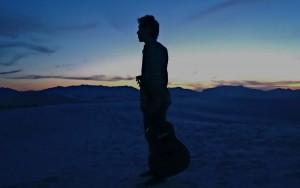 As a part of a world tour, guitarist/composer Hiroya Tsukamoto is stopping by our tiny train town, Dunsmuir, also known as a restaurant and fishing mecca. With his music Hiroya takes us on an innovative, impressionistic journey filled with earthy, organic soundscapes that impart a mood of peace
and tranquility.

Hiroya Tsukamoto is a guitarist and composer originally from Kyoto, Japan. In 2000, he received a scholarship to Berklee College of Music and came to the US. Since then, he has been performing internationally including several appearances with his group at Blue Note in New York and released six albums as a leader.   And he also performed and appeared on major televisions internationally such as NHK (Japanese National Television) and EBS in Korea. In September 2018, Hiroya won 2nd place in International Finger Style Guitar Championship.

“Hiroya immediately impressed the audience with his technical prowess on the guitar. Then as the concert progressed, he also revealed himself to be a skilled songwriter, a poetic spirit, and an engaging story teller. With a stage presence that is both humble and confident, Hiroya is a generous performer who won every heart in the house.”  -Gordon Peery / Monadnock Center for History and Culture (Peterborough, NH)

Listen to Soledad and Gemini Bridge.

Hiroya Tsukamoto (guitarist / composer) will play here at Pops on November 16 at 7 pm.
Tickets will be $15 at the door