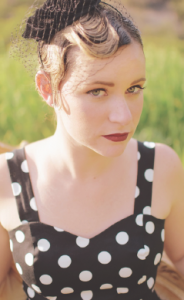 Vocalist Emma Reynolds grew up in Mount Shasta, moved to the Central Coast for three years, and finished her BA with an emphasis in jazz performance at Bob Cole Conservatory of Music in 2016. She has made connections with musicians and educators throughout California and offers a dynamic point of view both in the classroom and on stage. She recently released her first album of original compositions – Em & Em: Take Our Time and can also be heard on

The San Andreas Sisters: Live in Studio City album. She’s been teaching music to all ages in the Orange County area for five years and enjoys performing in a variety of styles including jazz, pop, RnB, and folk. 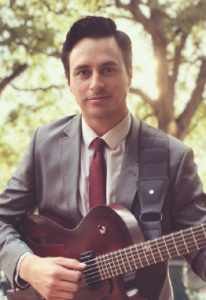 Born and raised in Southern California, guitarist Shane Savala has quickly made a name for himself in the LA music scene. After graduating from the Bob Cole Conservatory of Music in 2012, he moved to Los Angeles where he began collaborating and performing with various artists and songwriters. Known for his
stylistic versatility, relentless creativity, and ability to make others sound their best, Shane is in high demand for studio sessions and live performances. Shane can be heard on his latest album, “Christmas in the City”, featuring original songs and arrangements, as well as on “Splanky” with The Jason Fabus Trio.