We are so excited to have another faire at Pops. It will be happening on  Saturday, May 4 from 10 am to 2 pm. Spring, Music, Art, Books, Crafts, Jewelry, Massage. Fun!

• Dunsmuir Community Garden will have plant starts available for you garden for donations! Yay!
• Allie Sibner, a new yoga teacher in Dunsmuir, will be offering henna tattoos (organic temporary plant based tattoos), and handmade crystal jewelry and malas.
• Amber Treat from Shop Around the Corner Books will be selling her collection of classic and vintage books. She has a selection of books from the 1890’s to the 1950’s.
• Kathleen’s hand sewn aprons, table runners, adult bibs, potholders, and similar items for the kitchen
* Dunsmuir’s Magic Mountain Massage & Wellness will be offering chair massages for $1/per minute
• Dunsmuir T-shirts, Fairy Gardens and Fairy Houses by Cool Watts Design
• Amanda Parker from Sage n Stone Jewelry will bring her jwares all the way from Napa
• Bryan Boyle at Autumn Woods – Furniture, Bowls, Sculpture, Cutting Boards and Utensils (often incorporating stone inlay) is about mating elegance with simplicity, and artistry with functionality.
• Shastica will be selling her biodynamic body care product.
• Judy, one of our favorite Dunsmuirians, will be offering her homemade crafts
• Usborne Books & More with interactive, educational and unique books for baby to young adult. They also offer fundraisers and book fairs for schools, libraries, churches or any organization of your choice.

(To be a vendor it is $35 for a table please contact Suzanne  at sescull@gmail.com. Payments can be sent to Zan Design, P.O. Box 313, Dunsmuir, CA 96025 or sent via paypal to sescull@gmail.com)

Local artisans, photographers, crafters, and musicians  will be offering their art and wares at the Ol’ Dunsmuir May 5 from 9 am to 2 pm. Bring your bicycles, as local bicycle man Travis Bowman will be on hand to fix bicycles.  The faire will take place on the outdoor patio at Pops Performing Arts & Cultural Center at 5819 Sacramento Avenue in Dunsmuir, California. (If it’s raining, we’ll bring festivities inside.) Entrance is free.

The entertainment schedule will be as follows:
9 to 11 am Allison Scull will play her original folk/reggae songs. Vocals and Guitar
11 am to 1 pm Rick Garrett – fingerstyle guitar

Vendors attending the faire.
– Electric Lons Tye Dye for kids and adults
– Fortunate Words are inspirational quotes folded into paper fortune-style cookies. These sweet little gems are meant to bring you blessings of joy, enlightenment, and peace. I have Food For Your Soul, Whispers From God, and Fortunes for Kids available. Custom orders are encouraged (Birthdays, graduation, holidays, teacher gift, newlyweds, new baby……). Handmade with Love in Palo Cedro. https://www.fortunatewords9.com/
-Parents will be able to sign their kids age up to 5 years for a free book per month, via the Dolly Parton Imagination Library sponsored by First 5 Siskiyou Children and Families Commission
– Gael Ruby Tea Leaf Readings. You’ll also be able to see her gorgeous photography from the local area and from her travels in Europe
-Gorgeous Dunsmuir T-shirts by Dunsmuirian Lori Rae Watts
– Robin Johnson will offer handmade crochet items for babies and the kitchen
– Mount Shasta Arts & Healing Center will be offering “Handmade in Mt. Shasta” beautiful beeswax candles, crystal trees, spiritual wands, sacred geometry shirts, healing essences, and my artwork, handmade jewelry and other whimsical and elegant gift items
– Tria – Crocheted hats, sweaters and really cute top
– Local Dunsmuirian Andy Davey will be selling his pipes made of exotic wood
– Judy’s Crafts for the home and more
– Robin S. Johnson will be offering her handcrafted jewelry made in Dundmuir 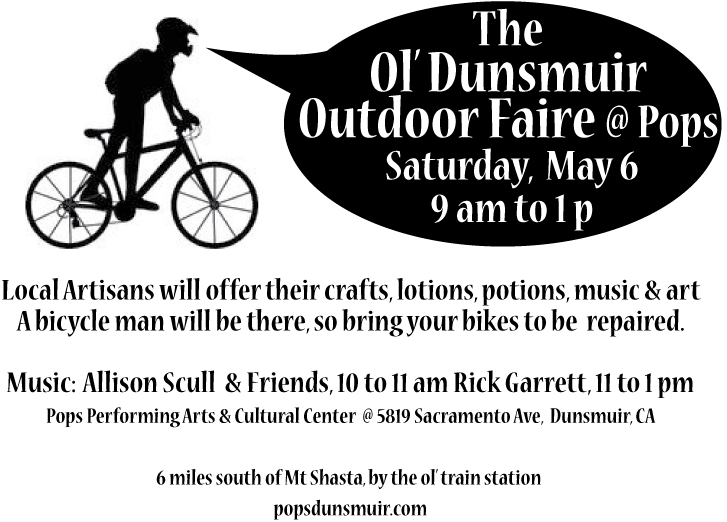 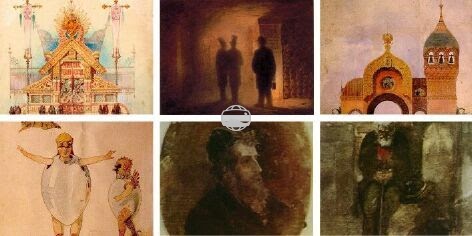 Pianist Svitlana Smaga, formerly of Siskiyou County, will perform Modest Mussorgsky’s famous piano suite “Pictures at an Exhibition” on March 18 at POPS Performing Arts and Cultural Center in Dunsmuir.  She will play the ten movements inspired by the 1874 exhibit of paintings by renowned artist Viktor Hartmann. The concert will be enhanced by a slide exhibition of various Hartmann paintings. 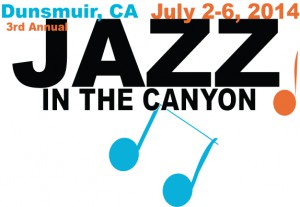 Dunsmuir is coming together to celebrate jazz, America’s own true art form with its 3rd Annual Jazz in the Canyon. Multiple venues, including Pops Performing Arts & Cultural Center, are featuring some of the North State’s favorite jazz musicians during the independence holiday from Wednesday, July 2 to Sunday, July 6.

Jazz in the Canyon honors the broad influences of jazz that mirrors the vast melting pot in American culture. Listeners will be treated to everything from bebop to gypsy jazz, smooth jazz to Latin jazz, and jazz versions of old rock songs to jazz-infused folk and blues music. Read more about it here.

Robert Caillier’s art on display Friday, Februrary 21 at 6 pm  consists of two and three dimensional works of Visual Art.  They are primarily portraits in remembrance of some of the famous historical and contemporary Afro-American men and women, to demonstrate and illustrate their contributions to the advancement of history, freedom, social, political and economic equality of all Americans.

According Caillier, “I’ve done displays, exhibitions and Art assemblies in various schools, churches, community centers, etc.  My objective in these presentations is to enhance everyone’s understanding and appreciation of Visual Arts and as a means of building self-esteem and character in our youth.  My Artwork involves a variety of media and subject matter.  The style and technique that I use is often based on the media and message being conveyed in the work of Art.”

Caillier adds, “This body of Artwork has not been for sale per se. However, most of the Artwork that I’ve sold has been by commission, which includes Murals, Portraits, Sculptures, Paintings and Drawings.”

Robert Caillier’s Biography:
Robert was born in Lake Charles, Louisiana in 1947.   He was drafted into the military during the Vietnam War and served two years in the U.S. Marine Corps.  In 1968 after military service, he moved to Oakland, CA and attended California College of Arts and Crafts.  He graduated in 1974 and received his California Teaching Credential in 1975.  Robert was an Art Teacher for Oakland Unified School District from 1975 to 2005.  He was also an Instructor/Artist-In-Residence/Consultant for East Oakland Youth Development Center’s after school Art program from 1983-1993, sponsored by a California Arts Council Grant.

Robert Caillier retired from Oakland Unified School District in 2005 and relocated to Siskiyou County.  He has continued to create works of Art.  After retiring, he has taught Art part-time at Juvenile Hall/Court School in Yreka, which was sponsored by the Siskiyou Arts Council.  He has taught Art at Weed High School from 2007 to 2013.  Robert presently teaches Art part-time for Golden Eagle Charter School in Yreka.

Friday, February 21 at 7:30pm Film “Gumbo” depicts the the origins of American music and history by showing the tremendous melting pot of cultures encompassing the slave trade, the  creoles, and many other cultures.