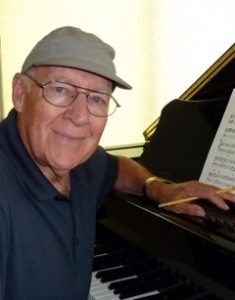 Dr. Jerry Moore, piano, is a part-time resident of Siskiyou County, spending most of his time in the Bay Area performing and teaching. He is retired from the music department at College of the Redwoods in Eureka, California, where he taught music theory, band and world music. He last performed at Pops Performing Arts and Cultural Center in July 2015 with his two sons, Greg Moore, Trombone, and Michael Moore, saxophone/clarinet. Michael is well known in European Jazz Circles.

Doug Arrington
Doug Arrington is a warm, intimate and intense performer. His incredible voice range and  charismatic personality give him the power to  control the mood of his audience as a vocalist. 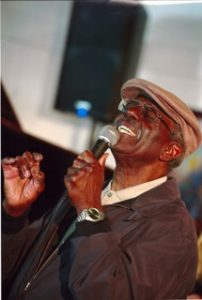 Professional acclaim has come to Doug throughout the world including Japan and other Far Eastern engagements. He also performed in Australia and Europe. He resides in the San Francisco Bay Area and has been a headliner in the prominent night clubs and hotels.

An “Oakland Tribune” critic wrote that “Arrington is in complete control of his voice”. It shows in his phrasing, which comes about as close a singer can get to what has been called “elegant”.

Tickets $15 available in Mt. Shasta at Village Books, and in Dunsmuir at Dunsmuir Hardware, and at the Door.

Caili O’Doherty Ensemble (Back by popular demand)
A native of Portland, Oregon, Caili O’Doherty has received national awards for jazz piano performance and composition from Downbeat Magazine, as well as an ASCAP Young Jazz Composer award. She has performed at jazz festivals in Toronto, Monterey, Panama, Ireland, Boston, Portland, and a lot more. Tickets in Mt. Shasta at Village Books and in Dunsmuir at Dunsmuir Hardware, and at the door. They are $15.