“It’s A Hit” featuring David (The Doctor Of Bebop) Watson, Pete Petersen and David Kim will be performing at Pops on Sunday, May 29 at 7pm. Here is some background on the three musicians. Listen and learn more and Listen here, too. 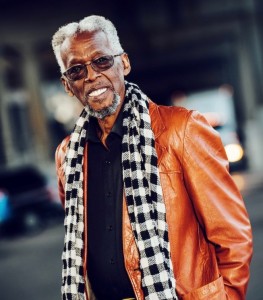 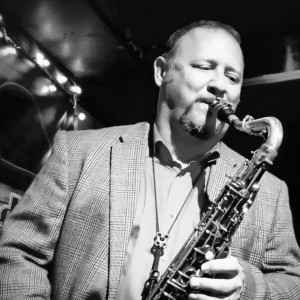 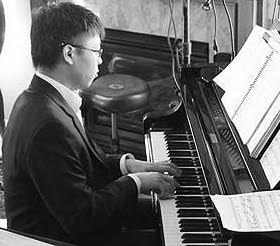 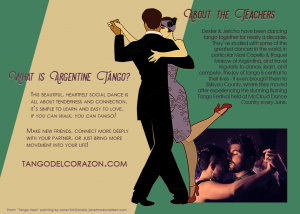 Learn Argentine Tango in Dunsmuir
If you can walk, you can tango!
Mondays beginning in June 6
Drop-In Friendly Class $10
no partner or experience needed
veterans & high school students free!
www.tangodelcorazon.com
What is Argentine Tango?
This beautiful, heartfelt social dance is all about connection. It’s simple to learn and easy to love. Anyone can learn tango! Tango is an amazing way to make new friends, connect more deeply with a partner, or just bring more movement into your life. Tango is more than just a dance — from complete beginners to lifelong maestros, it’s a community of people all over the world.
About the Teachers:
Jericha & Dexter have been dancing tango together for nearly a decade. They’ve studied with some of the greatest tango dancers in the world, in particular Maxi Copello and Raquel Makow of Argentina, and they travel regularly to dance, learn, and compete. The joy of tango is central to their lives, and they love sharing it with others. Tango even brought them to Siskiyou County, where they moved after experiencing the stunning Burning Tango Festival held every year in McCloud.
About the Class:
Dexter & Jericha’s teaching focuses on connection, musicality, and the joy of dancing. Their class is meant for anyone who is interested in learning a fun and beautiful social dance; everyone is warmly welcome, whether you have two left feet or or lots of dance experience. Ongoing students will have a chance to experience live performances and field trips, too!