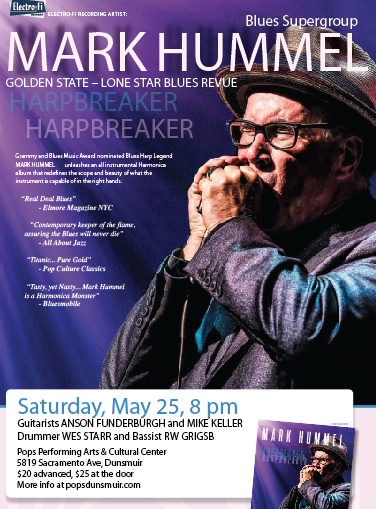 Long time Golden State/Lonestar Blues Revue guitarist ANSON FUNDERBURGH was born in 1954 in Plano, Texas where the youngster first picked up the guitar in high school and was hit by the blues bug through Jimmy Reed Lightnin’ Hopkins.  By 1978 he had started Anson and the Rockets with vocalist/harmonica player Darrell Nulisch with the group being signed to Black Top Records a couple of years later.  In 1986 Nulisch was replaced by Blind Sam Myers who stayed with the group until his death in 2006.  The Rockets went on to win ten Blues Music Awards (formerly known as the W.C. Handy Blues Awards) widely regarded as the highest honor for blues artists in the United States.

Guitar youngblood MIKE KELLER resides in Austin where he’s led his own band The Keller Brothers, plays in Little Elmo Blues Band, a sideman for Paul Oscher’s group plus did five years as a Fabulous Thunderbird, played two and a half years with SRV’s band Double Trouble, four years with Doyle Bramhall, recorded and toured with Marcia Ball for a year and a half and toured with the late harp genius Gary Primich. Mike’s solos are top notch in GOLDEN STATE-LONE STAR. 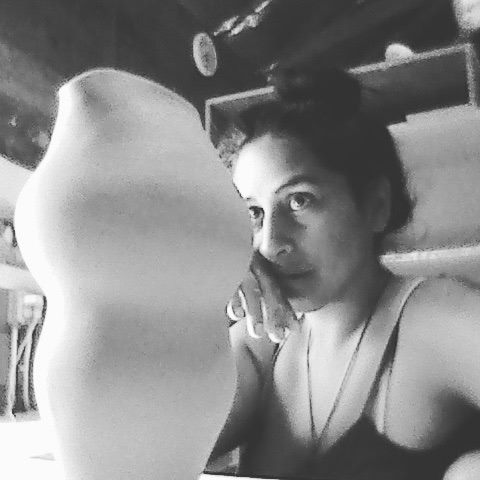 Grace Rodriguez, a sculptural artist, is one of the featured artists at The Ol’ Dunsmuir Faire Sat May 4 from 10 am to 1 pm at Pops Performing Arts & Cultural Center.

Her work contemplates the sensuality of intuition and the vulnerability of beauty by processing ceramic forms that are felt beyond a physical attraction. Through the eyes of her touch she bridges the unknown position of a ceramic coil into its known place while considering the fragile nature of balance. Her organic forms become Grace seen.

Grace works primarily with porcelain clay called B-mix, which is not suited for sculptural forms, but her forms insist otherwise.

She creates most of her pieces at her home studio in Dunsmuir.