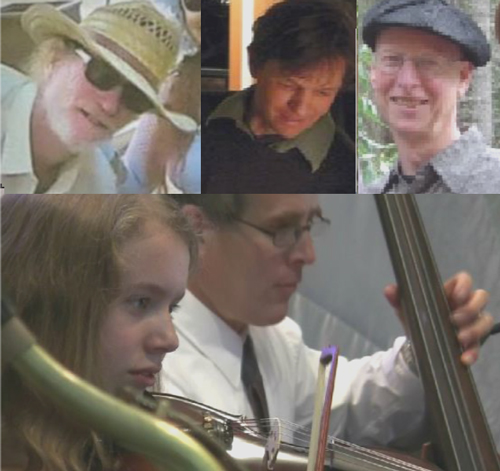 Swingin’ n Scattin’ , is a strings-based jazz ensemble out of Mt. Shasta, California that will be playing here at Pops Performing Arts and Cultural Center on Thur Dec 29 at 7 pm. They play a variety of styles, but for this performance they will be focusing on swing, bebop, straight ahead and some modern, featuring both instrumental and voice melodies.Musicians include:
Caya Layman-Violin
Dave Theno-Voice, guitar
Don Cornell-Guitar
John Aviani-drums/percussion
Rick Garret-Guitar
Steve Layman-bass
Tickets available at the door. Suggested donation is $10. 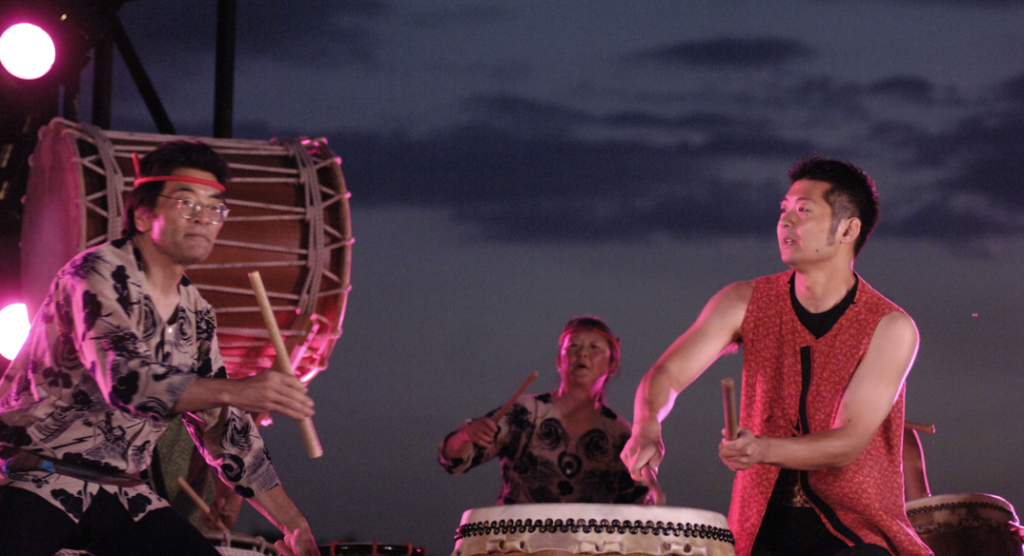 Russel Baba and Jeanne Mercer are taiko artists and founders of Mount Shasta’s Shasta Taiko.  They will play together for a special “Tadaima” performance of “taiko kaze”-  original music for woodwinds and taiko at POPS Performing Arts and Cultural Center, 5819 Sacramento Ave., in Dunsmuir on Wednesday, December 28, 2016 starting at 7 pm.

Joining them on taiko and flute will be their son, Masato Baba as well as other guest artists.  Masato is a leading taiko artist who tours worldwide with top taiko ensembles and taiko artists.  He has made appearances at the Academy Awards, with Alicia Keys on the X-Factor, and in the movie Redbelt.

Multi-instrumentalist Stephen Cervantes will also join the performance.  Cervantes performed interludes for the last ShastaYama on Mexican and South American instruments and will also add bass guitar and flutes to the POPS performance.

Jeanne Mercer is an honored taiko pioneer, helping to establish modern taiko and inspiring generations of taiko players.  She is known for impeccable skill, touch, and an open approach encouraging new directions for taiko music.  Jeanne has contributed to movie soundtracks Star Wars and Apocalypse Now.

Russel Baba has received critical acclaim as a “unique woodwind stylist with a bright vibrant sound” and for originality in compositional writing in national music publications Downbeat Magazine, Musician Magazine, and Jazz Times.

Coda Magazine writes “Russel Baba has managed to endow his alto saxophone with the timbre and flexibility of a violin.  His new sound is extra-ordinarily beautiful.”  Option Magazine writes of Russel’s work “…there are strong conceptual elements.  It is a direct music, not theoretical…very open and spiritual.”

“A legacy has been passed on.” says Russel.  “So I continue to play music in the tradition and celebration of the creative spirit to honor these influential artists.  ‘Tadaima’ is the traditional Japanese announcement when one come home and means ‘I am here; I am present; I am home!,’ and I think the music reflects that.  The artists of ‘Tadaima’ have traditional roots, but explore and create new ways to play music as modern artists.”f

A $10 donation for the music presentation is being asked.  For more information on Russel Baba, Jeanne Mercer, and Masato Baba or “Tadaima” go to russelbaba.com/tadaima.