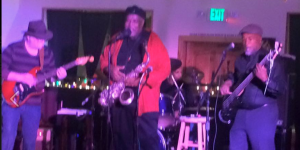 Yes, it’s true the quintessential Norcal funk/soul band with three generations of fans will be playing some serious dance music. They haven’t played at Pops since Valentine’s Day. What took them so long to come back?  Now they will be playing on Saturday, August 20 at 7:30 pm.

Players will be Victor Martin on vocals and saxophone, Kenny Blockman on base, Jimmy Pryor on drums, Stefan Schittko keys, Carl Schwinderman on guitar…Are we missing anyone here? 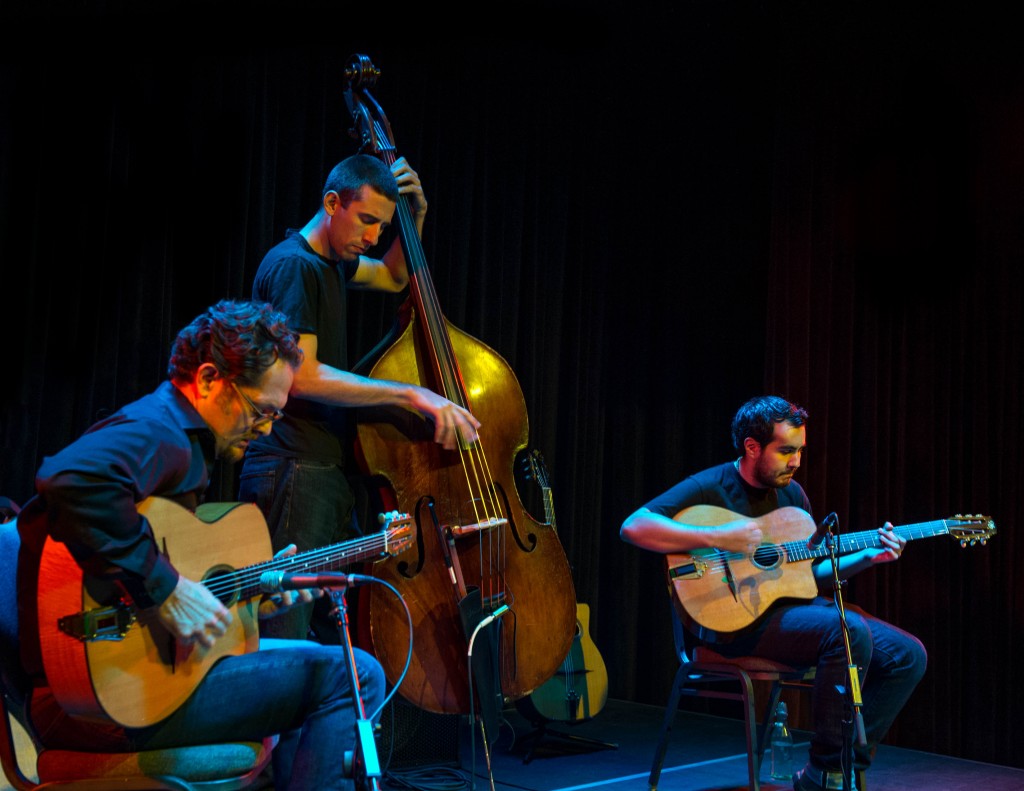 Pops is pleased to offer a special Gypsy Jazz Concert with Baltimore-based UltraFaux on Wednesday, July 27 at 7 :30 pm.  Lunchbox Dinners for this show are Thai noodle salad with or without chicken. Order at lunchboxdinners@gmail.com.
Must have 24 hour advance notice. All service, arrangements , payment are directly to Liza Wood.

UltraFaux performs original acoustic music with Romani, Manouche, swing, funk, blues, and musette influences. With two guitars and an upright bass, Sami Arefin and Michael Joseph Harris trade dazzling leads and harmonize together on rich gypsy-inspired melodies. The dynamic Eddie Hrybyk on upright bass holds down the steady swinging pulse and brings his passion for improvisation to the group.  The musicians of Ultrafaux are also the core trio of Hot Club of Baltimore, a larger ensemble which features vocalist Alexis Tantau, specializing in the music of Django Reinhardt and early French Jazz.

Ultrafaux’s original song, Latcho Dromo was recently chosen by acclaimed producer of Hot Club Records, Jon Larsen to be featured on Django Festival #9, an international compilation of gypsy jazz music. Ultrafaux has been featured on WPFW, WTMD, WDVX Blue Plate Special, CBS News, in The Baltimore Sun, Baltimore Style Magazine, to name a few. They have performed at the John F. Kennedy Center for the Performing Arts in D.C., Charm City Django Jazz Festival, Creative Alliance, and the IMT Folk Series, and were recently chosen to perform at Django By The Sea in Maine, and the Midwest Gypsy Swing Festival in Madison Wisconsin.

The Pacific Crest Music Festival for 2016 is happening at Pops Performing Arts and Cultural Center in picturesque Dunsmuir. It is a highly intensive international music program in which hand selected students are invited to work, rehearse, and perform alongside the outstanding professional faculty.

PCMF is typically comprised of approximately 10 to 15 students artists, and a faculty of six to eight.  It is this incredible ratio that leads to an extremely personalized and individualized experience for each member.  There will be an incredible group of kids coming this year.  One from Uruguay, three from Japan, and as well as Los Angeles and other young amazing musicians from around the US.

During their stay, the young musicians will work in smaller chamber groups as well as performing in the PCMF Chamber Orchestra.  Each group consists of both student artists and faculty, providing every student artist with an opportunity to experience rehearsals and performances at a professional standard.

This year’s performances will be as follows: